I woke up this morning and there was a light dusting of snow on the ground. My son, born in the hot desert of Arizona had never seen snow or felt it until today. I watched and took video as he giggled and laughed in joy at the new sensations he was experiencing.

When I opened up my ipad and saw on twitter that today was Germany’s Day of Remembrance, I realized I had no idea. As a Jewish family living in Germany in the 21st Century, I have begun to reflect on what this means and its significance to me.

Just yesterday I began reading a book that was suggested to me by my college Professor back in 1997 in my Psych 101 class (feeling old!). I’ve carried this book with me for 17 years. 17 years. It’s traveled with me to every house and every country I have ever lived in. The book is titled “Hitler’s Willing Executioners: Ordinary Germans and the Holocaust” by David Jonah Goldhagen.

I always wanted to read it but I never took the time. Until now. It’s a coincidence that I started it yesterday and today Germany remembers the Holocaust, but it feels significant to me. The book’s thesis revolves around the psychology that led ordinary Germans to take part in the genocide and murder of millions of innocent people. The author doesn’t believe that political or economic factors or pressure or fear were the reasons. He doesn’t believe that it could have happened in any country with the same economic factors. He believes that it happened because German society during this time period had changed and it was ingrained in Germans to loathe and despise the Jewish people, that anti-semitism was the main factor that allowed them to ignore social norms and humanity and take such extreme measures.

I’m only ten pages in to a 500 page thesis, so I obviously have a lot to read and learn. However, it’s shocking to know that when this book was written, no other study had been done that specifically focused on the perpetrators of the Holocaust. No one had ever looked at the group as a whole-only Nazis, SS and Hitler and his men. But never the thousands of ordinary men and women that had to physically carry out the horrific events that unfolded.

Back in 2001, I made my first trip to Germany and I was very reluctant to go. I was young and naive, and I only knew Germany from my history books. The first place I visited was Dachau. The second place I visited was Munich. Munich felt like any other European city–I didn’t feel “different” because i had stepped foot into Germany, and it changed the way I thought about things.

Dachau changed the way I thought about the Holocaust-it brought it to life. Since then I have been to many concentration camps, most of them I visited while living in the UK. The only one I have visited while living in Germany was the biggest one of all-Auschwitz. I had not been to a concentration camp since becoming a mother, until I arrived at Auschwitz last summer.

As I get older, I see things differently. in 2001, pre-9/11, in my early 20’s, the Holocaust was from the history books and was only real to me because I was Jewish, but I didn’t feel it until I saw it. in 2006-2009, I was married and living in Europe. Almost every trip I went on, had WWII history involved because the war and the Holocaust touched every single part of Europe. I can’t recall a single trip where we didn’t read something or see something about WWII.

And now, as a mother, living in Germany, knowing that if I had lived here with my son and husband in the 1940’s, we would have surely been victims, a thought that is impossible to wrap my brain around. When I visited Auschwitz as a mother, all I could focus on and see were the children.

I watched Schindler’s List for the first time in 15 years after visiting Oskar Schindler’s factory and the scene where all the children are happily waving goodbye from the truck while the mother’s shriek in horror chasing after them brought me to my knees. I can’t imagine it. 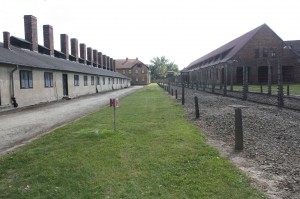 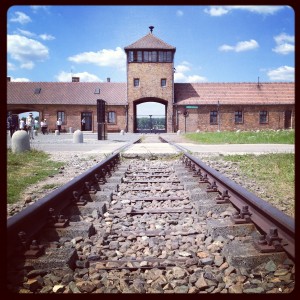 Before I moved here, I decided I would get involved with the Jewish community, but I can’t seem to find one nearby. I wanted to be more Jewish because I lived here-but instead I send my son to a catholic school and never attempt to do anything “Jewish” other than Chanukah.

But today’s twitter article about the Day of Remembrance in Germany made the Holocaust come alive for me again. It forced me to remember that it happened, here, where I live. The people I am surrounded by, I am too afraid to ask about their past. Elderly people who would normally strike me as adorable I tend to think “Where were you during the War? What role did you play” Who is innocent and who is not? How much can you blame the next generation for the past?

I read an article the other day about a boy growing up in Germany who is Jewish and he said he only felt “different” because of the extra sensitivity that was applied to him for being Jewish. It was a Catch-22. He wanted to just fit in amongst his friends, but he never really did because people were so sensitive about it.

So , this morning when I read that January 27, 1945 the Soviets liberated Auschwitz-Berkenau, and that is why this date is chosen for National Remembrance Day, I started reflecting on living in Germany. Auschwitz-Berkenau was the culmination of all the horrors of the Holocaust. Having seen it, felt it, breathed it in, is the only way I could truly understand its horror. Its sheer size alone told the story of loss in unimaginable numbers. 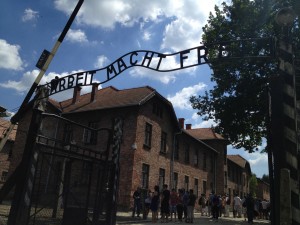 I want to make Germany my home for the next few years and most days I feel blessed to be living in a beautiful location with a view of the Rhine along the vineyards. This morning I felt pure joy watching my son laugh in the snow and breathe new life into the simple things, on German soil. It made me feel like life renewed again. But it also reminded me to never forget. 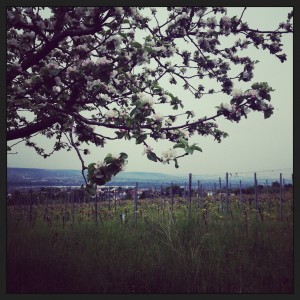 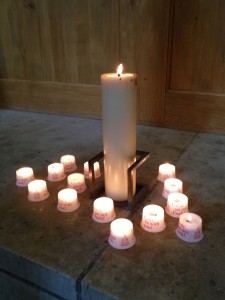