House hunting has become an all-consuming project over the last few weeks. I was even hopeful for awhile when Nathan started saying “this is MY house!” thinking this was some sort of sign that we found THE house; but alas, he says every house is HIS house. I don’t recommend reading the signs from your two-year old, it hasn’t really panned out!

We’ve seen everything from slanted bedroom ceilings that make Dan look like a giant to glass bedroom doors to staring into the bright lights of a soccer field from the bedroom window. We’ve seen some real winners. But we’ve also seen some actual winners and we are working hard to make one work-so I’ll keep everyone posted as soon as we get an actual house! 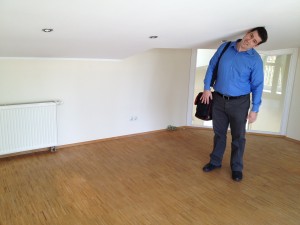 In between house hunting we’ve managed to have some fun-after all Nathan needs to burn his energy somewhere! Nathan and I are definitely getting cabin fever in our little hotel apartment so we try to find things to do each day. It’s tough navigating the language, the maps, the food, a toddler who hates to be buckled in to a stroller and who likes to bolt at restaurants and parks. Sometimes I don’t want to leave the apartment because fighting Nathan to get dressed and get going seems hardly worth the effort. I guess you could say Nathan and I are learning how to be with each other all day long and we’ll find our groove soon enough. (I hope).

Becoming a SAHM (Stay-At-Home-Mom) comes with a learning curve but for right now I feel like Nathan and I are on vacation-until we settle into a house! It’s way too difficult to get a schedule going for him in a hotel room.

We did manage to have a play-date with Dan’s co-worker’s wife who has a 2 year old. We went to Fasanerie Wild Life Park-a free park that is filled with Bears, wolves, deer, raccoons and other fun creatures. The kids loved running through it and I loved having another SAHM to talk to. It’s a great place to take the kids to burn off energy and Nathan even fed some goats! 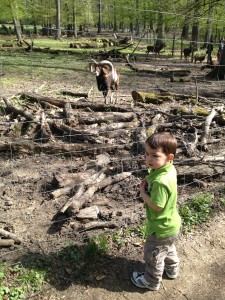 We also found Nerotal Park in the heart of Wiesbaden-a beautiful green space with ducks and small creeks and a Spielplatz for the kids (playground). At the end of the park is a funicular we took Nathan to the top where there was a mecca of activities for kids-mostly for older kids with ziplining and other activities. But Nathan had fun exploring the Roman ruins of an amphitheater and running up and down all the hills. 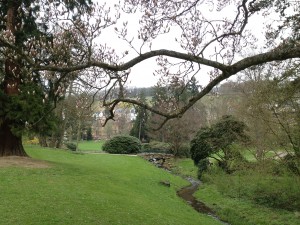 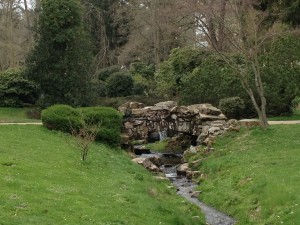 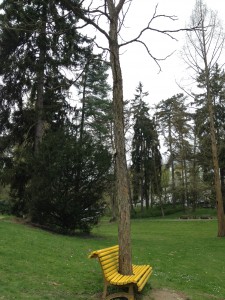 Going up and down the funicular! 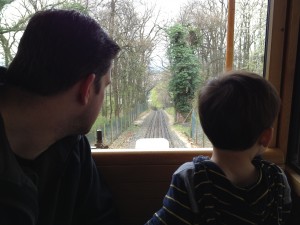 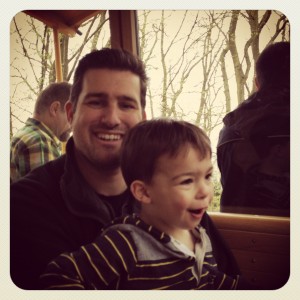 At the top of the funicular: 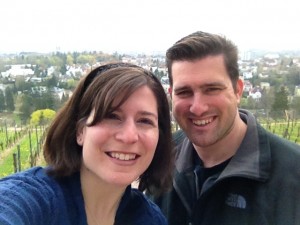 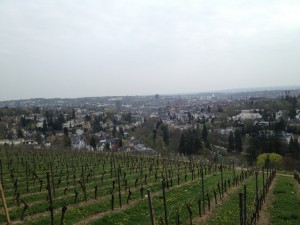 Fun in the ruins: 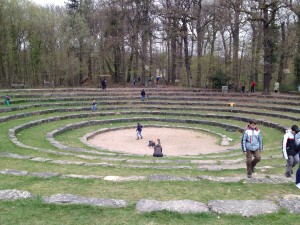 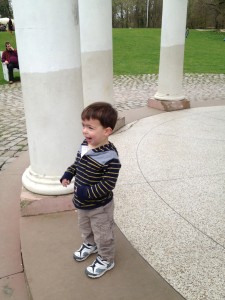 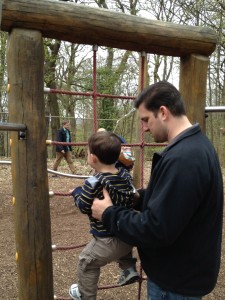 We’ve also been experiencing some great German dining! I’ve been documenting some of my favorite dishes-such as potato pancakes covered with sour cream and smoked salmon, beer soaked Rosti with raclette and fried egg and not to mention the AMAZING Nutella ice cream sundae covered in whip cream and nutella sauce. I did see a scary Mickey Mouse sundae that I’m fairly certain is not Disney approved-but it provided some entertainment for me. 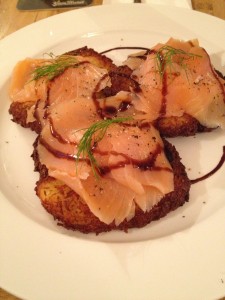 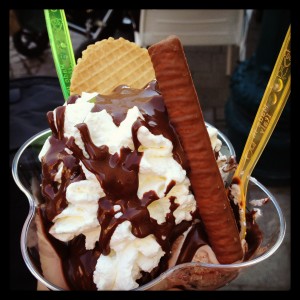 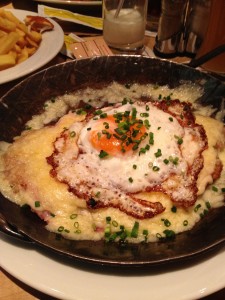 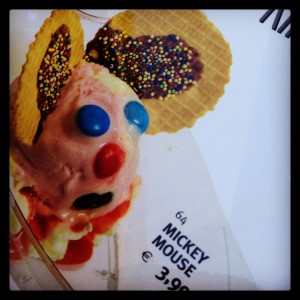 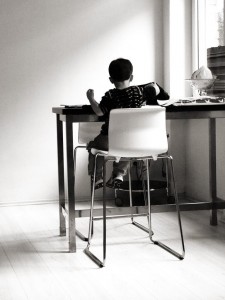 On a more somber note, every small town we walk through while looking for houses has some kind of memorial to the Holocaust and WWII. It seems every single town, no matter how small was affected by the atrocities of Hitler. Here is a picture of one small memorial in Hofheim that we just happened to come across. The memorial is describing the building as being a fortified part of a synagogue that had been in this place since 1352 until its destruction on September 11, 1938, due to the Nazis. It’s a sober reminder of Germany’s sad and horrific history for my community. 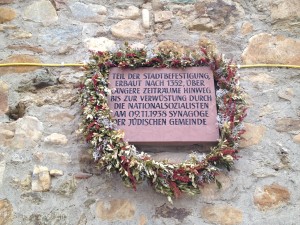